7 amazing facts about a dog’s ears 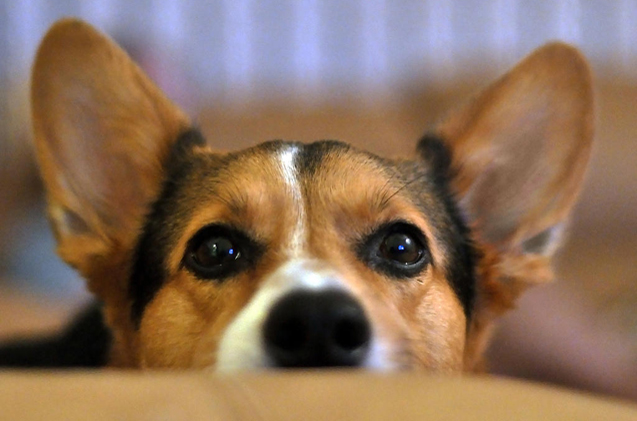 Floppy, folded, small, large—dogs’ ears come in many shapes, but they all serve the same purpose: as funnels for sound. Did you know that at least 18 muscles work to tilt, raise and rotate these furry appendages, helping the dog identify and capture sounds from different directions? Here are a few fast facts about canine ears and hearing.

2. Dogs’ ears move independently of one another.

3. Even during the quiet hours of the night, the world is a noisy place for dogs, who can hear the high-frequency pulse of the crystal resonator used in digital alarm clocks and bodily vibrations of termites in the walls.

4. A dog’s ear canal is L-shaped: vertical toward the jaw, then taking a 45° turn horizontally toward the ear drum. This makes examination challenging and predisposes dogs to a variety of ear ailments, including parasites and yeast infections.

5. Domestic dogs can hear significantly higher frequency sounds than humans, although not as high as cats.

6. A Bloodhound named Tigger from St. Joseph, Ill., whose right and left ears measured 13.75 and 13.5 inches respectively, holds the title for longest ears, according to the Guinness Book of World Records. That length has a purpose: to help direct scent to the Bloodhound’s sensitive sniffer.

7. University of Cincinnati researcher Pete Scheifele, also the director of UC’s Bioacoustics and Canine Audiology Clinic, is developing a hearing aid that will help dogs with acquired hearing loss.