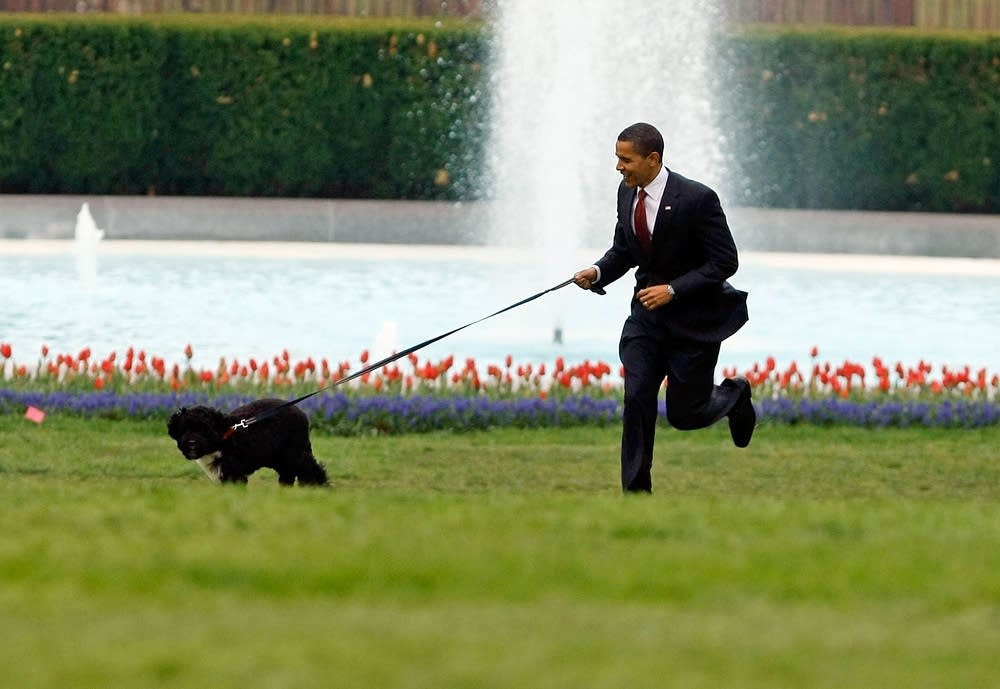 It’s hardly a dog’s life of just eating and sleeping for President Barack Obama’s pets, Bo and Sunny. The pair of Portuguese water dogs – Bo with his distinctive white chest and front paws, and the all-black Sunny – are canine ambassadors for the White House, very popular and so in demand that they have schedules, like the president.

The dogs have a pretty nice life. “They can sit on my lap, they sit on my chair, they cuddle with me,” Mrs. Obama said. “I like to lay on the floor with them and blow in their face. I like to make them run and chase each other. But they’re so cute, I just love to just cuddle them and massage them. Everybody wants to see them and take pictures ”

Bo, now 7, joined the Obama family in April 2009. He was a gift from the late Sen. Edward M. Kennedy, D-Mass., a key supporter of Obama’s 2008 presidential campaign who became close to the family. Bo helped Obama keep a promise to daughters Malia and Sasha that they could get a dog after the election. Sunny, nearly 4, came along in August 2013. The President loves his dogs and try to find time to play with them.