The story of Lassie

Lassie became a movie star despite starting life as a spirited, unwanted pup 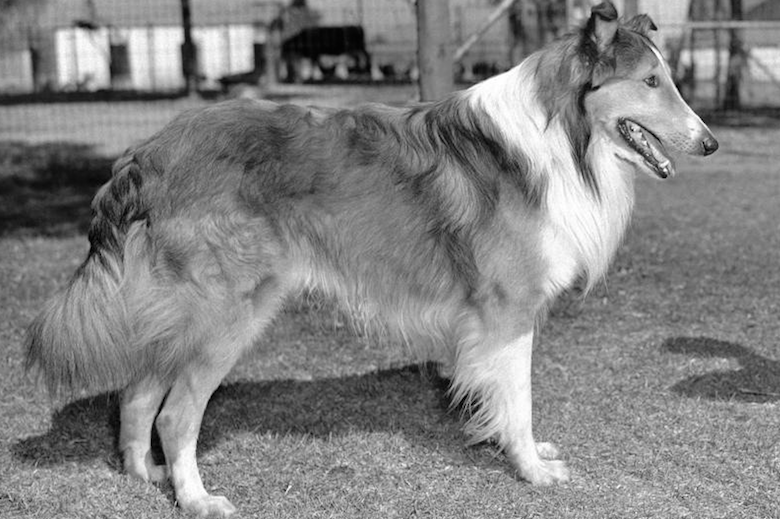 Lassie became a movie star despite starting life as a spirited, unwanted pup.

In 1940 Rudd Weatherwax and his brother, Frank, had just started their own Studio Dog Training School, opting to run their own business rather than continue to work for others.  A man who was having difficulty with his puppy wanted to bring the dog to the School for training. The dog was from an AKC litter, Glamis Collies, but he had been sold to a family because he was judged only “pet quality.” His current owner wasn’t  even sure he was that.

When the car pulled up, the man opened the back door and the 8-month-old collie scampered out of the backseat: “…he came bounding into my yard, rollicking with all the friskiness—and maybe a little more—to be found in most puppies…” wrote Rudd Weatherwax in his book, The Story of Lassie (long out-of-print and only published in London).

The man explained the problems they were having with the dog they named Pal: “He chases motorcycles, he chews up everything in the house, he barks all the time, and we can’t even housebreak him.”

Weatherwax accepted the job, and the owner agreed to pay $10 for the training and come back in a week.

When the owner returned, Lassie/Pal was a much-better behaved dog. The only remaining problem was that Weatherwax had not yet ended the motorcycle-chasing.  That was still going to require some work.

It turned out it didn’t matter. The fellow explained that he and his wife were so happy with the newly discovered peace and quiet in their household that they didn’t want the dog back.  Would Weatherwax take the dog instead of the ten dollar payment?

Weatherwax had grown up with a collie, so it was easy to say yes. Eventually he was to find that this was the best deal he ever made.

The Weatherwaxes now had forty dogs in their kennel, several of which were quite busy with film work.  There were no casting calls for collies, however, so Lassie/Pal was perfectly happy to be a family pet.

the Weatherwax youngster, Bob. Bob loved to roam the property, so Weatherwax trained Lassie to go and find him and bring home when it was time for dinner. When Lassie located the boy, he gently took his arm, and Bob knew it was time to go home.  This training was to come in handy in film work.

Lassie/Pal was over a year and a half old, and his career had yet to get underway. When a neighbor dropped by on his way to his ranch and suggested he take Pal with him, Weatherwax saw no reason to deny the dog a good time.

Several days after Lassie left, Weatherwax was scanning the ads and noted that Metro-Goldwyn-Mayer was holding auditions for a dog to appear in a starring role in an upcoming film. The dog they needed? A collie.

Weatherwax jumped in his car to drive to the ranch.

When he arrived and explained to his friend why he needed to take Lassie back, the two men went to the back porch and called Lassie/Pal to come in.  From the answering bark, he was clearly a good distance away. As he came streaking toward Weatherwax, Weatherwax was shocked by the sight.

Pal had fully enjoyed his holiday, chasing rabbits, birds, and shadows around the property. His silken ruff was matted and tangled, and his coat was filled with burrs from the underbrush.  Weather put him in the car and took him home where he was bathed and combed. Weatherwax tried to remove the burrs but some had to be cut out. By the day of the audition, Lassie/Pal was far from looking his best.

Pal was one of about three hundred dogs who came to the open casting call. The MGM executives walked through the line of dogs and owners, giving each dog a once-over.  Pal did not even make the first cut.

No other dog was selected that day either. The MGM executives continued a nationwide search, finally selecting a show dog in San Francisco. When he was brought back to Hollywood for a screen test, however, he was petrified by the chaos and lights.  MGM’s sent that dog home, and the search continued.

Weatherwax decided to take matters into his own hands. He took the collie to the Culver City studio lot and explained to a guard why he was there. He and Pal were soon escorted to the office of Fred M. Wilcox., the movie’s director.

Wilcox was impressed by the look and the training of the dog, so they set up a screen test for the next day.  Lassie/Pal was fine through it all. Within a few days, a contract was offered and for publicity purposes, Pal himself put paw to the contract.

When filming began, Lassie was to film a scene where the dog is struggling to make it all the way across the Tweed River that separated England and Scotland. (The San Joaquin River in northern California substituted.) One camera was in a boat, one was onshore, and Weatherwax and Lassie were being rowed out separately.

On Weatherwax’s command, Lassie was to jump in the water and swim to a designated spot on land. Weatherwax was quickly taken back to mark the landing spot. Lassie made the swim and reached the shore looking like an exhausted dog, just as they had rehearsed.

“The dog went into the water as Pal, but he emerged as Lassie!” proclaimed Wilcox. From that time forward, Pal was always known as Lassie.

with Lassie as the star: Son of Lassie, Courage of Lassie, Hills of Home, The Sun Comes Up, Challenge to Lassie, and The Painted Hills.

From that first film on, Lassie was never a bit player—always the star. One critic called him “Greer Garson with fur.” Lassie led the way for a new form of dog picture.

For every film Lassie was in, the SPCA was always on set.  Lassie was well cared for so there was never any complaint from the SPCA representative, but Weatherwax found it enormously helpful with audiences. If Lassie played hurt, or it was made to look like his paws were bleeding, concerned audience members wrote in.  The SPCA could defend and explain how certain scenes were filmed and could verify that Lassie was just fine.

After Lassie’s fourth film, Weatherwax was offered a network radio program starring Lassie. “The Lassie Show” was the first radio program to feature an animal as the star. Each week a dramatic story would unfold, and Lassie supplied the barks, whines, and growls called for in the script.

Once the radio program began, Weatherwax and Lassie had to be flown back to Hollywood each week as Lassie had to in the studio for the show to be recorded. Weatherwax could now afford a private plane to simplify shuttling between Hollywood and their movie locations.

One day they were making a personal appearance at Hollywood Park. Lassie was surrounded by young children and Rudd stepped out of the circle for a moment… one of the kids immediately pulled out scissors and began to clip some hair. When confronted, the kid said: “ Shucks, Mr. Weathrwax, I know where I can trade one lock of Lassie’s for three autographed pictures of Lana Turner!”

By 1951, ticket sales were sliding a bit, and MGM decided to move on to other types of films.  However, Lassie and Weatherwax were still under contract. To buy them out would have cost the studio $40,000 and they were reluctant to pay. Instead of pay, Weatherwax asked for and received the Lassie name and trademark.

After the MGM contract was concluded, Lassie and Weatherwax began touring with a road show. They would do an 18-minute sequences at dog shows and department stores. They were paid well for these appearances.

Television producer Robert Maxwell had other ideas. He wanted Lassie on TV.

Maxwell and Weatherwax came up with a boy-and-dog plot that was right for Lassie. Because Lassie was truly the star, Maxwell offered an unusual option. Lassie was given the choice as to which of three young actors he preferred.

Each boy spent a week at the Weatherwax home in North Hollywood. At the end of the three weeks, Lassie seemed to respond best to 11-year-old Tommy Rettig. Tommy became the first star of the Lassie television show.

In the summer of 1954 two pilots were filmed with the original Lassie.  When CBS executives saw the shows, they ordered the show for their fall schedule.

But the original Lassie was getting older. Lassie Junior, his stand-in, soon absorbed the lead for the television program. Lassie still came to the set with Weatherwax where he had his own dog bed, and everyone doted on him.

Rudd Weatherwax slipped in and out of depression for quite some time after Pal’s death.  Rudd’s son noted, “Dad would never again watch an MGM Lassie movie. He just couldn’t bear to see Pal. He didn’t want to have to be reminded just how much he loved that dog.”

Pal was buried in a place of honor on the Weatherwax ranch and Rudd visited the gravesite regularly.

Lassie has always been played by a male dog though the character is female. Females periodically lose their coats which changes their

look. Male collies are larger which means a youngster can look “small” next to Lassie for a longer period of time.

The Weatherwaxes continued supplying Lassies for the television show and for whatever else was needed.  Then in 2000, they decided to sell the Lassie trademark. Unfortunately the first buyers did not handle the franchise well, but today the the ownership is in good hands: Dreamworks Classics.

The current Lassie is the tenth generation direct descendant of the original line and is a fully registered AKC dog. He is owned and trained by Carol Riggins who had worked with the Weatherwaxes in a multitude of capacities through the years. She now has her own company. 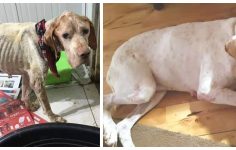 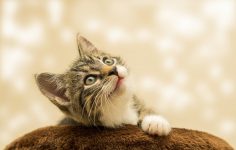 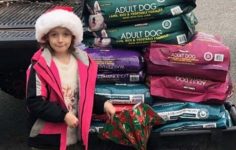 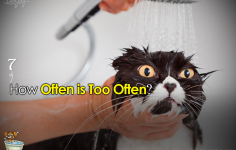 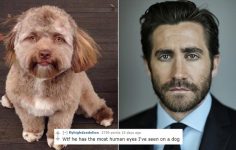 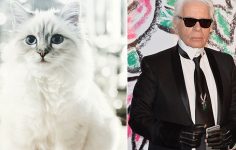 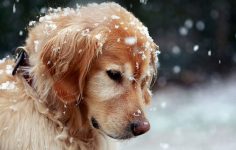 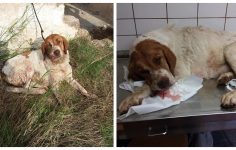 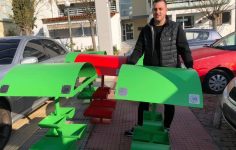 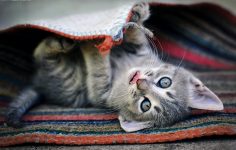 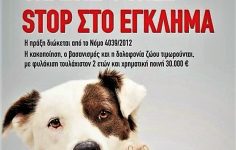 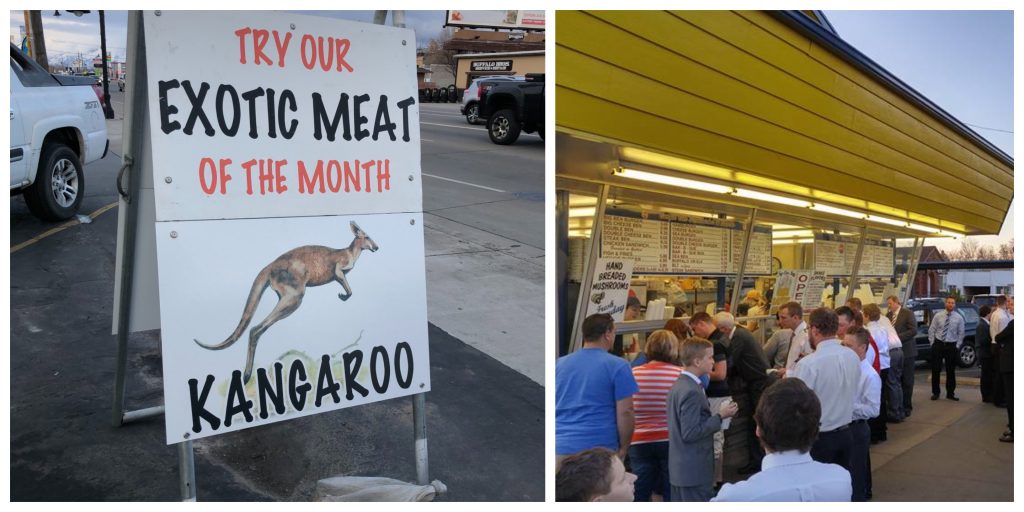